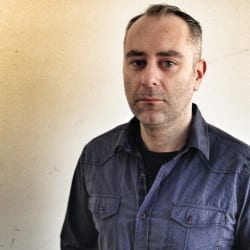 Described as possessing "an unconventional lyricism and a menacing beauty" and a “unique voice”, British/American composer Oscar Bettison's work demonstrates a willingness to work within and outside the confines of concert music. His music has been featured and reviewed in the LA Times, the New York Times, the British, Dutch and Italian press as well as having been played on radio throughout the US, Australia, Britain, The Netherlands and Brazil and on British and Dutch Television. His latest work has been described as “pulsating with an irrepressible energy and vitality, as well as brilliant craftsmanship.”

Recent commissions include Los Angeles Philharmonic New Music Group, MusikFabrik, A New York Philharmonic commission for their inaugural Biennial, Tanglewood, Berkeley Symphony, Ensemble Klang, Talea Ensemble, Slagwerk Den Haag, So Percussion, and the Bang on a Can All-Stars. Recent projects include a String Quartet for the Festival of New Music at Tanglewood and an evening-length work for Michaela Riener, Ensemble Klang and the Mantangi Quartet which was commissioned by the Dag in de Branding Festival in the Netherlands where he was composer in residence.

Born in the UK, he studied with Simon Bainbridge at the Royal College of Music (London), with Louis Andriessen and Martijn Padding at the Royal Conservatorium of The Hague (The Netherlands), and at Princeton University where he completed his PhD with Steve Mackey as his advisor. In addition, he was a fellow at both the Tanglewood and Aspen music festivals. He has served on the composition department at the Peabody Institute of the Johns Hopkins University since 2009.