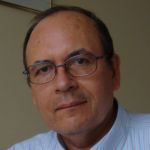 Oscar E. Aguilera F. was born in Santiago, Chile, in 1949. He studied Classical Philology (Greek and Latin), Germanistik, and Linguistics at the University of Chile. He has been professor of Greek, Latin, German, and Linguistics at the University of Chile, where he taught for more than thirty years. In 1975 he started a reseach on Kawesqar language and culture, an endangered language spoken today only by nine persons who live in the West Patagonian fjord zone. For thirty-five years he has been carrying out an extensive work aimed at the preservation of ethnographic data on this culture, and the revitalization of the language. He is the author of a grammar of the Kawesqar language, a Kawesqarâ€Spanish and Spanishâ€Kawesqar dictionary, as well as numerous articles published in several journals which give account of diverse aspects of this language (papers on discourse, order of words, deictics, ethnoâ€geography, myths, and language documentation). During 2006â€2007, together with Prof. José Tonko he registered a Kawesqar Sound Archive, which contains a large amount of ethnographic and linguistic data of this culture. The Sound Archive was deposited at the The Archive of the Indigenous Languages of Latin America (AILLA) at the University of Texas at Austin. At present he is a fulltime researcher working in a revitalizarion program of Kawesqar language, and doing research on Kawesqar myths. He has also written about Yaghan, another endangered language about to become extinct.