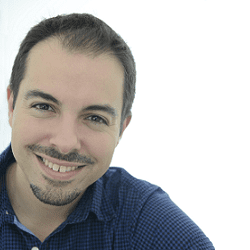 Oscar aspires to make mathematics accessible, engaging, and understandable. His core conviction is that every student can thrive, provided they are properly supported. In 2011 he co-founded the Wellesley Emerging Scholars Initiative to support underrepresented students at Wellesley. The White House Initiative for Educational Excellence for Hispanics named the program a Bright Spot in Hispanic Education in 2015. Oscar is also the author of Everyday Calculus (2014), The Calculus of Happiness (2017), and Calculus Simplified (2019), all published by Princeton University Press. The first two works reveal the mathematics behind everyday activities, while Calculus Simplified makes college-level calculus accessible to students with as little as an Algebra II background. From 2018-2021, Oscar was the Faculty Director of the College’s Pforzheimer Learning and Teaching Center. During his tenure he focused the Center’s faculty development programming on inclusive pedagogy and evidence-based teaching. Oscar writes about mathematics on his website, surroundedbymath.com.