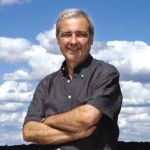 Osvaldo Sala is the Sloan Lindemann Professor of Biology at Brown University. As president of the Scientific Committee on Problems of the Environment and a coordinating lead author of the Millennium Ecosystem Assessment, Mr. Sala is an international leader in ecological science and global environmental policy.

Mr. Sala has explored several topics throughout his career from water controls on carbon and nitrogen dynamics in arid and semi-arid ecosystems to the consequences of changes in biodiversity on the functioning of ecosystems, including the development of biodiversity scenarios for the next fifty years. He is particularly interested in working with scenarios as a way of simplifying, understanding, and communicating the complex relationships that emerge from the study of social-ecological systems. He employs a wide variety of tools, especially direct observations, manipulative field experiments, and simulation modeling. He has worked in the Patagonian steppe, annual grasslands of California, steppes of Colorado, and deserts of Southern Africa, and currently he has experiments in the Chihuahuan Desert in New Mexico. His work is reflected in more than 160 peer-reviewed publications and several co-authored books.