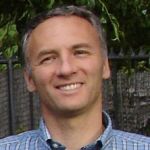 I am fascinated with the application of signal processing to medical imaging, in particular to Magnetic Resonance Imaging (MRI). I have dedicated most of my working time to research and teaching. I did my undergraduate studies at Pontificia Universidad Católica de Chile, where I received my Electrical Engineering degree (1988) and later on continued at Stanford University where I obtained my M.Sc. (1990) and Ph.D. (1995) degrees. Since then, I have done an academic career in the Department of Electrical Engineering at the School of Engineering of the Universidad Católica, including some administrative positions—Department Chair, Vice-Dean for Undergraduate Academic Affairs, and faculty's representative in the University Board.

My research career has revolved around Magnetic Resonance Imaging. During my Ph.D. and continuing as a faculty in Chile in the 1990s I worked on k-space trajectories. K-space is how the MRI community refers to the Fourier domain, where the scanner samples the data. My early work was related to devising new ways to traverse the three dimensional k-space for regular imaging.

During the academic year 2003/2004 I spent a sabbatical year as visiting senior lecturer at King’s College London. That year I became interested in under-sampled acquisition and its reconstruction techniques. I have worked combining reconstruction with image registration, object modeling, and lately in compressed sensing.

I have been fortunate enough to share with many bright people, with whom we have achieved several goals. I have had more than thirty graduate students, four postdocs, and several research associates. In 1999, together with the School of Medicine we founded the MRI Research Center, that now has become the Biomedical Imaging Center. Our research has been published in several scientific journals (31, 654 cites, h-index 12) and conference presentations (78). We have also produced international patents (5). And finally I am proud that we were able to start up a company that is helping to translate these results to the "real world."

During my Guggenheim Fellowship term (2010/2011) I will spend a sabbatical year at the University of Wisconsin, Madison, working with a team from the Biomedical Engineering Department in imaging for obesity. I also plan to write the second edition of my book Análisis de Señales (McGraw-Hill, 1999) and to establish a network of Latin American researchers which could facilitate collaboration between us.