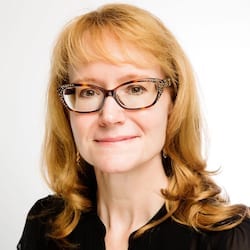 Paige West holds The Claire Tow Professorship in Anthropology at Barnard College and is the Director of the Columbia University Center for the Study of Social Difference. She has worked with Indigenous peoples in Melanesia since the 1990s to understand their biodiversity-focused traditions and help facilitate their conservation of their cultures, languages, and environments. Dr. West is the author of Conservation is Our Government Now: The Politics of Ecology in Papua New Guinea (Duke, 2006), From Modern Production to Imagined Primitive: The Social Life of Coffee from Papua New Guinea (Duke, 2012), and Dispossession and the Environment: Rhetoric and Inequality in Papua New Guinea (Columbia, 2016) as well as the founder of the journal Environment and Society (Berghahn). Her current research is focused on how people and animals forge new lives in the face of climatic change.