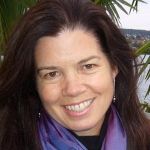 Pamela Yates is the cofounder of Skylight Pictures, Inc., a New York City-based multimedia company committed to producing artistic, challenging, and socially relevant independent documentary films on issues of human rights and the quest for justice.  Through the use of film and digital technologies, the Skylight Pictures team seeks to engage, educate, and increase understanding of human rights amongst the public at large and policy-makers, contributing to informed decisions on issues of social change and the public good.

Her most recent film, The Reckoning (2009), is a feature-length documentary film and educational initiative about the Internal Criminal Court, the first permanent international court to try individuals for genocide, war crimes, and crimes against humanity. Filming took place on four continents and in six languages.  Before that, she directed State of Fear (2005), a feature-length documentary that tells the epic story of Peru's 20-year "war on terror" based on the findings of the Peruvian Truth and Reconciliation Commission.  State of Fear has been translated into 48 languages and broadcast in 157 countries.  It was awarded the 2006 Overseas Press Club Award, the Human Rights Watch "Best of the Fest" Prize, the Amnesty International Film Festival Audience Award, and was a New York Times Critics' Pick.