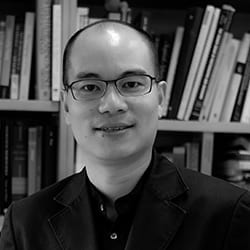 Patrick C. M. Wong conducts research centering on cultural and biological factors that lead to variation in language and cognition across individuals. From imaging the brains of infants and older adults, to perceptual psychophysics, grammar learning, gene sequencing, and developing processes to forecast developmental changes, his research is fundamentally interdisciplinary. This interdisciplinary focus is fitting because understanding the nature of language and cognition requires collecting convergence of evidence from multiple avenues of inquiries. The emphasis on individual variation in brain and behavior provides an opportunity for translational research that has the potential to bring changes in educational outcome and quality of life of children and adults as individuals. Wong joined The Chinese University of Hong Kong in 2013 as a professor of linguistics and cognitive neuroscience, after serving on the faculty of Northwestern University for nearly a decade. He received his undergraduate and graduate training in linguistics and cognitive psychology from the University of Texas at Austin. He later completed postdoctoral training in neuroscience at the University of Chicago. Wong has published over 100 research papers in scholarly venues across different disciplines, with reports by media outlets such as The New York Times and Scientific American on his work.