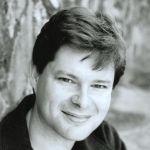 Paul Collins is a writer specializing in science history, memoir, and unusual antiquarian literature. His six books have been translated into ten languages, and include Not Even Wrong: A Father's Journey Into the Lost History of Autism (2004), and The Book of William: How Shakespeare's First Folio Conquered the World (2009).

A frequent contributor to the "Histories" column of New Scientist magazine, Mr. Collins's other recent freelance work includes essays for the New York Times, Slate, and The Believer. In addition to appearing regularly on NPR's Weekend Edition Saturday as its resident “literary detective” on odd and forgotten old books, he is also the founding editor of the Collins Library imprint of McSweeney's Books, where he has revived such disparate works as a World War I internment camp memoir (To Ruhleben and Back) and an absurdist 1934 detective tale (The Riddle of the Traveling Skull).

Paul Collins lives in Portland, Oregon, where he teaches creative nonfiction as an Assistant Professor in the MFA program at Portland State University. His Guggenheim Fellowship is for general nonfiction on crime reporting during the birth of "yellow journalism" in 1890s Manhattan.