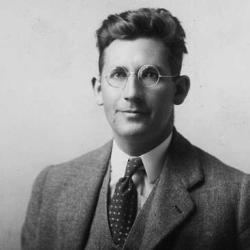 Publications: “American Apprenticeship and Industrial Education,” 1921; “Wages and the Family,” 1925; “Real Wages in the United States, 1890–1926,” 1930. Co-author with Dorothy Douglas of “What Can a Man Afford?,” 1922; with Florence Jennison of “the Movement of Real Wages, 1926–28,” 1930. Co-editor of “The Worker in Modern Economic Society,” 1923. Contributor to various composite volumes such as “The Trend of Economics,” 1924; “History of Political Thought, Recent Times,” 1924; “Population Problems,” 1925; “Occupied Haiti,” 1927; “Economic Essays in Honor of John Bates Clark,” 1927; “Soviet Russia in the Second Decade,” 1928; “Modern Social Movements,” 1930. Articles in Journal of Political Economy, Political Science Quarterly, American Economic Review, Quarterly Journal of Economics, Journal of the American Statistical Association, National Municipal Review, New Republic, The Nation, The World Tomorrow, The Survey, International Journal of Ethics, American Journal of Sociology.