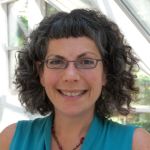 Paula Michaels is an Associate Professor of History at the University of Iowa, where she joined the faculty in 1997 after completing degrees at Northwestern University (B.A.) and the University of North Carolina at Chapel Hill (M.A., Ph.D.). Michaels’ work lies at the crossroads of the social, cultural, and political history of medicine and health. Her research is simultaneously concerned with international crosscurrents and deeply informed by the local. Michaels’ first book, Curative Powers: Medicine and Empire in Stalin’s Central Asia (University of Pittsburgh Press, 2003), examined the ways in which the Stalinist regime used medicine and health in Kazakhstan as a tool of empire and a means to entrench Soviet power in the periphery. It won the American Association for Women in Slavic Studies’ Heldt Prize for the best book by a woman in Slavic, East European and Eurasian Studies. It was also a finalist for the PEN Center USA Literary Award for research nonfiction. Her articles have appeared in American Historical Review (forthcoming summer 2010), Feminist Studies, Russian Review, Historical Journal of Film, Radio, and Television, and other leading scholarly journals.

During her Guggenheim Fellowship year, Michaels will finish the manuscript of Lamaze: An International History, currently under contract with Oxford University Press. The book follows the little-known and surprising trajectory of the Lamaze method of childbirth preparation from its origins in the Soviet Union in the late 1940s, through its dissemination in France in the 1950s, and finally to its blossoming in the United States between 1960 and 1980. Based on rigorous multinational archival research, Lamaze: An International History excavates interlocking Cold War, medical, and gender histories in highly varied national settings.

Michaels’ current and prior research has benefited from numerous prestigious awards, including grants from the American Council of Learned Societies, the National Endowment for the Humanities, the NIH’s National Library of Medicine, the Social Science Research Council, the National Council on East European and Eurasian Research, and the International Research & Exchanges Board.