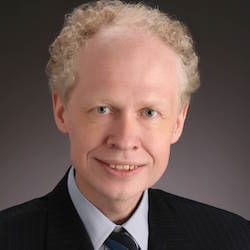 Mykland’s main research interests are the statistics and econometrics of time dependent processes, including time series and and continuous processes. These can occur in survival analysis, econometrics, and web data. He is a leader in the field. Highlights include the development of likelihood and expansion methods for martingales (fair games), especially in the context of estimating equations. The results have wide application, including the construction of new nonparametric likelihoods in time series and survival analysis.

His recent focus is high-frequency data, mainly in economics and finance. In one breakthrough, he has shown how to connect the analysis of such data with classical statistical techniques, using contiguity. He has contributed to the theory of estimation in the presence of noise, including the development of the two-scales and pre-averaging estimators of volatility, and other intra-day quantities. He has also developed an approach for integrating statistical and market information in the pricing and hedging of options, with a particular view to hedging against statistical uncertainty. Most recently, he has developed the “observed asymptotic variance”, which sets nonparametric standard errors for estimators based on high frequency data. Apart from their intrinsic academic value, these results are of practical interest to investors, regulators and policymakers.

Mykland's current project seeks to understand the fundamentals of the data architecture, and how to turn the data into knowledge. A main ingredient is to create a unified framework for inference in high frequency data, based on dividing the observations, as well as the parameter processes, into blocks. He pursues two paths. A “within block” approach uses contiguity to make the structure of the observations more accessible in local neighborhoods. The “between block” approach sets up a tool for using stochastic analysis to study the relationship between parameters in blocks that are adjacent, in time and space. A longer-run research goal is to develop an integrated theory of continuous-time economics and finance, and high-frequency data. The former reasons through hypothetical high-frequency data, but now these data are no longer hypothetical but very real.

While his recent interest has been in economic data, the mathematical theory connects intimately with medical survival analysis. There is connection to neural science and turbulence, and other areas where streaming data are available. Environmental science and monitoring can also present forms of high frequency data.