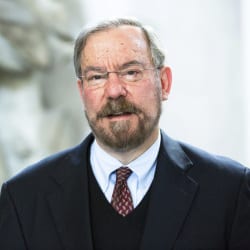 Professor Hall has written extensively about comparative political economy, European politics, public policy-making, the methodology of social science and the role of institutions and ideas in politics. He is the author of more than one hundred articles on these subjects and of Governing the Economy (Oxford University Press 1986) which received the Woodrow Wilson Foundation Award for the best book published in the United States in the field of government, politics or international affairs. His eight edited volumes include: The Political Power of Economic Ideas, Varieties of Capitalism (with D. Soskice), Successful Societies (with M. Lamont) and Social Resilience in the Neoliberal Era (with M. Lamont).

Professor Hall is a Corresponding Fellow of the British Academy and has held residential fellowships at the Center for Advanced Study in the Behavioral Sciences, the Wissenschaftskolleg zu Berlin, the Hanse Wissenschaftskolleg, the Centre de Sociologie des Organisations in Paris and Princeton University. In previous years, he has served as Associate Dean for the Faculty of Arts and Sciences at Harvard and Director of its Center for European Studies as well as President of the Organized Sections of the American Political Science Association devoted to Comparative Politics and Qualitative and Multi-Method Research.

Professor Hall’s Guggenheim project focuses on the renegotiation of the social contract in the developed democracies over the years since 1945 and on the role of electoral politics and producer group politics in that process.