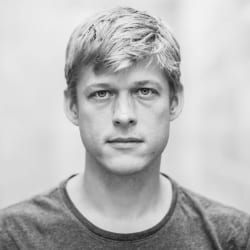 Peter Burr (b. 1980) is an artist from Brooklyn, NY. A master of computer animation with a gift for creating images and environments that hover on the boundary between abstraction and figuration, Burr has in recent years devoted himself to exploring the concept of an endlessly mutating labyrinth. His practice often engages with tools of the video game industry in the form of immersive cinematic artworks. These pieces have been presented internationally by various institutions including Documenta 14, Athens; MoMA PS1, New York; and The Barbican Centre, London.

Previously Burr worked under the alias Hooliganship and founded the video label Cartune Xprez through which he produced hundreds of live multimedia exhibitions and touring programs showcasing a multi-generational group of artists at the forefront of experimental animation. A former touring member of the collective Projet Mobilivre/Bookmobile Project, Burr has been an artist-in-residence at the MacDowell Colony and the Bemis Center for Contemporary Arts. In 2015, he was named one of the "best unrepresented artists" by ArtFCity. Burr has received numerous additional grants and awards from institutions such as The Brooklyn Arts Council, The New York Foundation for the Arts, and The Oregon Arts Council. He is a 2016 Creative Capital Grantee and Sundance Institute Fellow.

His most recent work, a room-sized computer simulation entitled "Dirtscraper", is currently on-view at the Institute for Contemporary Art at Virginia Commonwealth University in its inaugural exhibition "Declaration".