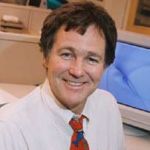 Peter Clote is Professor of Biology at Boston College, with courtesy appointment in Computer Science. He is an international expert in computational biology, with focus on RNA.

Earning B.Sc. and PhD degrees in mathematics from MIT and Duke University, as well as a Doctorat d’Etat from Université Paris 7, Clote has held faculty positions in mathematics, computer science, and biology departments at universities in France (Paris 7), the United States (BC), and Germany (LMU). As Gentzen Chair of Computer Science at the University of Munich (LMU), he played a leading role in the establishment of the bioinformatics graduate program there.  He has held visiting positions at MIT, the Max Planck Institute in Berlin, CWI in Amsterdam, Ecole Polytechnique and Université Paris-Sud (as Digiteo Chair of Excellence in Computer Science), and other universities. Clote started and co-organized the MIT Bioinformatics Seminar over a period of ten years.

Peter Clote is Associate Editor of the Journal of Mathematical Biology, is on the editorial board of four other journals, and has co-written two books, co-edited four books, and published around 100 research articles in computational biology, mathematics, and theoretical computer science. His research was and continues to be supported by NSF divisions of mathematical sciences, biology, and computer science, as well as by Digiteo (France) and DFG (Germany).

In collaborative work in computational biology, Clote developed a support vector machine to predict protein cysteine oxidation state and a neural network for disulfide topology prediction, and introduced reversible time warping to determine Boltzmann probability for similarity of gene expression data.  He has developed numerous algorithms for detecting and predicting structural aspects of RNA, including a thermodynamic-based method for conformational switches (i.e., RNA `light switches’ capable of regulating genes). In very recent work his lab has devised a new algorithm for RNA inverse folding, and used it to design a novel RNA ribozyme, which has been experimentally validated to be functional.