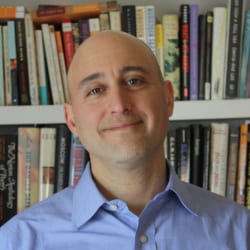 Peter J. Kalliney studies twentieth-century African, British, and Caribbean literature in English. After completing his Ph.D. at the University of Michigan in 2001, he taught at Oberlin College and the University of South Florida-St. Petersburg before joining the English Department at the University of Kentucky in 2006. He is the author of three books: Cities of Affluence and Anger: A Literary Geography of Modern Englishness (U of Virginia P, 2007), Commonwealth of Letters: British Literary Culture and the Emergence of Postcolonial Aesthetics (Oxford UP, 2013), and Modernism in a Global Context (Bloomsbury, 2016). His Guggenheim Foundation Fellowship was awarded to support research on his current book project, provisionally entitled Bandung Generation: Decolonization, Literature, and the Aesthetic Cold War. The book will examine how the emergence of global English literature was shaped by competing aesthetic philosophies related to anticolonial movements and the Cold War. Some of this research has appeared in Times Literary Supplement (8 July 2016) and Modern Language Quarterly (September 2015).