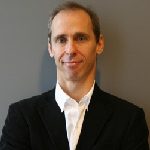 Peter Maass is the author of Love Thy Neighbor: A Story of War, which chronicled his experiences covering the war in Bosnia, and Crude World: The Violent Twilight of Oil, about the ways oil shapes the world. Maass has also written in-depth stories about the wars in Iraq and Afghanistan for The New York Times Magazine, The New Yorker, and other publications. He has taught at Princeton University, was a Visiting Regents Lecturer at the University of California at Berkeley, and a fellow at both the American Academy in Berlin and the Shorenstein Center at Harvard. In his Guggenheim project, Maass will examine the ways in which digital technologies and new media have amplified the impact of videos and photos of political struggle. The project includes an investigation of the problems posed by corporate control and government surveillance of the digital platforms ordinary citizens use to disseminate news about world events.