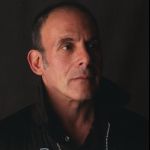 Peter Trachtenberg is an American writer whose work crosses the genres of fiction and nonfiction, journalism, memoir, and moral philosophy. He is the author of 7 Tattoos: A Memoir in the Flesh and The Book of Calamities: Five Questions About Suffering and Its Meaning, a recipient of the Phi Beta Kappa Society’s Ralph Waldo Emerson Award for a work “that contribute[s] significantly to interpretations of the intellectual and cultural condition of humanity.” The latter book draws on sources from the book of Job to the Bodhicharyavatara to explore the ways human beings try to make sense of suffering, whether at a Rwandan genocide tribunal, a retreat for traumatized combat vets, or in the home of two young women dying of a rare, disfiguring congenital illness.

Trachtenberg’s fiction, essays, and reportage have appeared in The New Yorker, Harpers, Bomb, A Public Space, Bidoun, Tricycle, Tikkun, the St. Petersburg Review, and The New York Times Travel Magazine. He has performed his dramatic monologues at Dixon Place, P.S. 122, The Kitchen, and The Museum of Natural History, and broadcast commentaries on NPR’s All Things Considered.

His honors include the Whiting Award, the Nelson Algren Prize for Short Fiction, and an Artist's Fellowship from the New York Foundation for the Arts.

In 2008-09 Trachtenberg was an Associate Professor of Creative Nonfiction at the University of North Carolina at Wilmington. He has also taught creative and expository writing and literature at The New School, the School of Visual Arts, Centre College, Manhattanville College, the University of Iowa, and Bard College.