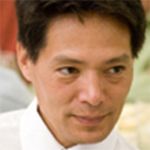 Peter Ulric Tse is a professor of cognitive neuroscience at Dartmouth College, where he has been since 2001. His lab's research focuses on using brain and behavioral data to constrain models of the neural bases of attention and consciousness, unconscious processing that precedes and constructs consciousness, mental causation, and human capacities for imagination and creativity.   He grew up in New York City in the 1960s, studied physics and math at Dartmouth from 1980 to 1984, then left academia, working first as a school teacher in Nepal, and later as a businessman in Japan. He returned to America and academia in 1992 to study the brain and cognitive psychology, getting his Ph.D. from Harvard in 1998. From 1999 until 2001 he was a postdoctoral fellow in brain imaging at the Max Planck Institute for Biological Cybernetics in Tuebingen where he worked with macaques. He now lives in rural New Hampshire on a former farm with his wife and three children.   The Guggenheim Fellowship will help him realize a dream of writing a series of books on various aspects of human freedom, particularly as informed by the mind and brain sciences. The first of these books was The Neural Basis of Free WIll: Criterial Causation (MIT Press, 2013; a one-page synopsis can be found here), which won the 2013 PROSE award for best book in the Biological and Life Sciences. In this work he focused on rethinking the neural code in terms of rapid synaptic reweighting rather than the traditional emphasis on neural spike coding, arguing that rethinking the code in this way affords genuine "downward informational causation,' which he then used to argue that we are indeed possessed of a form of strong free will. He is now writing another book, The Cultivation of Will, which focuses on the neural basis of willpower, seeing issues of motivation and self-control as central to the capacity to have volitional say in the matter of what becomes of oneself. He also intends to write another book on the neural basis of the human imagination, seeing imagination as the deepest source of human freedom and creativity. Finally, he hopes to extend this trilogy of books on what the brain sciences have to teach us about the roots of human freedom to a future work on how best to organize society and schooling to maximize the realization of the human mind's potential for creativity and freedom.   Some recent interviews on his views of free will, mental causation, and consciousness can be found here.