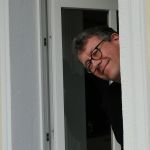 Philip V. Bohlman is the Mary Werkman Distinguished Service Professor of Music and the Humanities at the University of Chicago, and Honorarprofessor at the Hochschule für Musik, Theater und Medien Hannover, Germany. His research and teaching range widely across many fields, with particular emphasis on the intersections of music and religion, race, and empire. An active performer, he is the Artistic Director of the New Budapest Orpheum Society, a Jewish cabaret that is Ensemble-in-Residence in the Humanities Division at the University of Chicago. He also performs twentieth-century melodramas internationally with his wife and University of Chicago colleague, Christine Wilkie Bohlman. He publishes widely in several genres—monographs, references works, textbooks, critical editions of music, and CD recordings of the New Budapest Orpheum Society. He is also an active ethnographer and has conducted intensive research projects in North America, Europe, the Middle East, and India, where his fieldwork projects since 2008 have been concentrated.

Philip Bohlman is particularly concerned with restoring voices to those silenced by prejudice, violence, and genocide. In his Guggenheim project, “Music after Nationalism,” he extends his projects on music and the modern nation-state in Europe to include and the presence of music in the formation of nations and nationalisms throughout the world. He traces the conscious formation of genres and canonic styles through treatises that connect them to the affective epistemologies of religion, place, and language, particularly at historical moments of encounter, colonial expansion, and political consolidation. The project grows from his ethnographic and archival studies, and it will ask readers to understand the music of nation and nationalism in popular culture, local and transnational recording industries, and genres, such as the national anthem, that couple aesthetics to state.

Philip V. Bohlman served as the President of the Society for Ethnomusicology from 2005 to 2007, and he currently co-edits (with Federico Celestini) Acta musicologica, the journal of the International Musicological Society. His books, editions of music, and recordings appear internationally and numerous languages, and most recently they include World Music: A Very Short Introduction (Oxford UP, 2002); Jüdische Volksmusik—Eine mitteleuropäische Geistesgeschichte (Böhlau, 2005); Jewish Music and Modernity (Oxford UP, 2008); Jewish Cabaret in Exile (CD recording; Cedille Records, 2009); Focus: Music, Nationalism, and the Making of the New Europe (Routledge, 2011); Hanns Eisler–In der Musik ist es anders (with Andrea F. Bohlman; Hentrich & Hentrich, 2012); Revival and Reconciliation: Sacred Music in the Making of European Modernity (Scarecrow, 2013); and the edited volume, The Cambridge History of World Music (Cambridge UP, 2013). Philip V. Bohlman is a Corresponding Fellow of the British Academy and a Fellow of the American Academy of Arts and Sciences.

Throughout his career Philip V. Bohlman has collaborated closely with his family, Christine, Andrea, and Benjamin, all of whom have remarkable careers of their own. He lives in Oak Park, Illinois, and in Berlin, Germany.