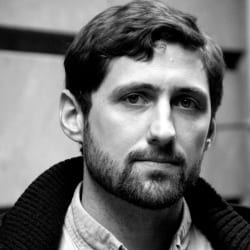 Phil Klay is a Marine Corps veteran of the Iraq War and the author of the short story collection Redeployment, which won the 2014 National Book Award for Fiction. That year he was also named a National Book Foundation '5 Under 35' honoree. In 2015 he received the National Book Critics’ Circle John Leonard Award for best debut work in any genre, the American Library Association’s W. Y. Boyd Literary Award for Excellence in Military Fiction, the Marine Heritage Foundation's James Webb Award, the Chautauqua Prize, and the Warwick Prize for Writing. A graduate of the Hunter College MFA program, his writing has appeared in the New York Times, Washington Post, Wall Street Journal, Newsweek, and the Brookings Institution’s Brookings Essay series.

He is also on the Board of Directors for the nonprofit Arts in the Armed Forces, which performs high-quality contemporary theater for all branches of the military at US installations domestically and abroad, and is a VFAI Leader with Veterans for American Ideals, a nonpartisan group of veterans who advocate for aligning U.S. policy with the ideals that motivated them to serve in the first place.