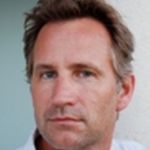 Associate Professor Philip W. Scher has been at the University of Oregon since 2002.  His area of focus is the Caribbean, with primary research interests in the politics of heritage and cultural identity, popular and public culture, folklore, cultural studies, and political economy.  His publications include two edited volumes: Perspectives on the Caribbean: A Reader in Culture and Representation (Blackwell Publishers, 2008), and Trinidad Carnival: The Cultural Politics of a Transnational Festival (Indiana UP, 2007).  Other recent publications include Carnival and the Formation of a Caribbean Transnation (University Press of Florida, 2003), "Copyright Heritage: Preservation, Carnival and the State in Trinidad" (Anthropological Quarterly, Summer 2002), and "The Devil and the Bedwetter" (Western Folklore, Summer 2007).  His latest work concerns the implications for anthropology of the copyright and legal protection of expressive culture and folklore as well as a study of World Heritage sites in the Caribbean.  He is a 2008-2009 recipient of a Fullbright Senior Scholar award.  Mr. Scher received a B.A. from Brown University (1987), and an M.A. (1991) and Ph.D. (1997) from the University of Pennsylvania.