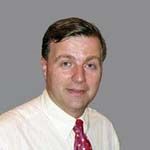 Pierre Force, Professor of French and History at Columbia University, received his academic training in France, where he was a fellow of the École normale supérieure. He took his BA (1979), doctorate (1987), and habilitation (1994) at the Sorbonne. He first came to the United States in 1984 as a lecturer at Yale University, and he joined the Columbia faculty as an assistant professor of French in 1987. He was tenured in 1995 and became a full professor in 1998. Since 2005, he has also been affiliated with the Department of History. His field of research is seventeenth- and eighteenth-century literature and intellectual history. He is the author of Le Problème herméneutique chez Pascal (Paris: Vrin, 1989), Molière ou Le Prix des choses (Paris: Nathan, 1994), and Self-Interest before Adam Smith (Cambridge University Press, 2003; paperback, 2007). His articles have appeared in the Journal of the History of Ideas, History of Political Economy, Studies on Voltaire and the Eighteenth Century, Critique, Yale French Studies, the Romanic Review, and the European Journal of the History of Economic Thought. He received the Columbia Distinguished Faculty Award in 2005 and was made a chevalier in the National Order of Merit by the French Government the same year. His teaching interests include French classicism and its reception, literature and eloquence, the history of hermeneutics, and the development of moral and political thought in early modern Europe.

Mr. Force, who chaired the Department of French at Columbia from 1997 to 2007, has been a visiting professor at Princeton, Paris VII, Paris XIII, and the École normale supérieure. He is the founder and current chair of the Columbia University Seminar on Early Modern France. He is currently serving on the governing board of the International French Studies Association and on the scientific council of the Institute for Advanced Study, Paris.