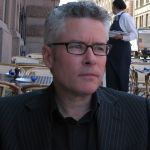 R. Jay Wallace is Professor in the Department of Philosophy at the University of California, Berkeley. He works in moral philosophy, and his interests extend to all parts of the subject (including its history), and to such allied areas as political philosophy, philosophy of law, and philosophy of action. His research has focused on responsibility, moral psychology, and the theory of practical reason. Recently he has written on promising, normativity, constructivism, instrumental reason, resentment, hypocrisy, and Nietzsche’s Genealogy of Morals (among other topics). His publications include Responsibility and the Moral Sentiments (Harvard, 2004) and Normativity and the Will (Oxford, 2005).

Wallace will be working on two projects during the 2010-11 academic year. One of them, The Moral Nexus, offers an interpretation of morality as a domain of relational normativity. The leading idea here is that moral requirements are constitutively connected to an ideal form of interpersonal relationship, and that this in turn can help us to understand their nature and significance. The second project, Regret, Affirmation, and Justification, will examine the conditions under which it is possible for people to take an affirmative attitude (toward, e.g., their own life and projects, or those of people close to them). The fact that we have good reason to affirm something can make inaccessible to us the regret we would otherwise feel toward past injustices, if they were conditions for the object of present affirmation. But some injustices are so enormous that we have no alternative but to regret them, looking backwards. In these cases, our attitudes toward the past may preclude an affirmative stance toward things that would normally call for the most profound approval.