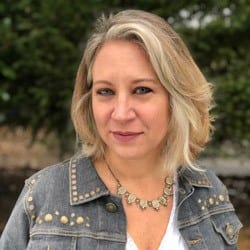 Rachel Louise Snyder is the author of the nonfiction books Fugitive Denim: A Moving Story of People and Pants in the Borderless World of Global Trade and No Visible Bruises: What We Don't Know About Domestic Violence Can Kill Us, as well as the novel What We've Lost is Nothing. No Visible Bruises won the J. Anthony Lukas Work in Progress Award, and was a finalist for the National Book Critics Circle Award, Silver Gavel Award, Kirkus Award, LA Times Book Award in general nonfiction, and New York Public Library's Helen Bernstein Award for Excellence in Journalism. It was also named one of the New York Times “Top Ten” books of 2019. Snyder's work has appeared in the New Yorker, the New York Times, the Atlantic, the Washington Post, the LA Times, and many others. A former correspondent for public radio, she has contributed to the shows “This American Life” for which she won an Overseas Press Award, “Marketplace” and “All Things Considered.” Originally from Chicago, she has traveled to more than 55 countries and lived in both London and Phnom Penh, before settling in Washington, DC, where she is an Associate Professor of Creative Writing and Journalism at American University. Photo Credit: Don Rutledge