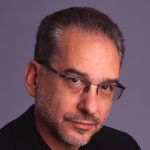 Randy E. Barnett is the Carmack Waterhouse Professor of Legal Theory at the Georgetown University Law Center, where he currently teaches constitutional law and contracts.  A graduate of Northwestern University and Harvard Law School, both of which he has returned to as a visiting professor, he is one of the two inaugural Guggenheim Fellows in the field of constitutional studies; he plans to spend his Fellowship term on a study of the reconstructed Constitution.

In 2004, Mr. Barnett appeared before the U.S. Supreme Court to argue the medical cannabis case Gonzales v. Raich after successfully arguing in the Ninth circuit.  He coauthored an amicus brief in Lawrence v. Texas.  He delivered the Kobe 2000 lectures in jurisprudence at the University of Tokyo and Doshisha University in Kyoto, and lectured on contract law theory and criminal law theory at Waseda University, Tokyo, and Kansai University, respectively.

A frequent guest on such television and radio shows as The News Hour (PBS) and Talk of the Nation (NPR), Mr. Barnett has also appeared in the documentaries The Trials of Law School (2007) and In Search of the Second Amendment (2007), and he plays an assistant prosecutor in the yet-to-be-released independent film InAlienable.

Mr. Barnett's extensive scholarship includes over eighty articles and reviews, and eight books, including Restoring the Lost Constitution: The Presumption of Liberty (Princeton UP, 2004) and The Structure of Liberty: Justice and the Rule of Law (Oxford UP, 1998), which received the Ralph Gregory Elliot Book Award and has been translated into Japanese.