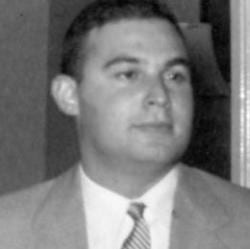 Richard Stern's twenty-second book, Still On Call, will be published in April 2010, fifty years to the month after the publication of his first book, Golk. Stern has won prizes for fiction (Medal of Merit for the Novel from the American Academy of Arts and Lettters) and nonfiction (Sistermony won the Heartland Prize as the best work of nonfiction in 1996). Among the fictional relationships he has described with unusual depth is that between grandfathers and grandchildren.

His novels and stories are distinguished by the variety of their themes, settings, emotional direction, and modes of composition. He retired as Regenstein Professor of English and American Literature at the University of Chicago (he single-handedly ran the creative writing program for forty-five years) in 2002. His distinguished students include not only poets (Campbell McGrath, Peter Cooley, Alane Rollings) and fiction writers (Doug Unger, Austin Wright, Peter LaSalle, Robert Coover) but such journalists as Seymour Hersh, David Brooks, and Mike Taibbi. He lives with his wife, Alane Rollings, in Chicago and Tybee Island, Georgia.