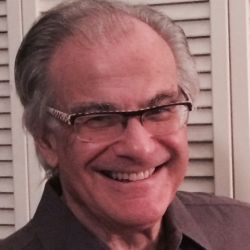 One of the leading public historians in the United States, Richard Rabinowitz has led the creative work of scholars, curators, educators, artists, architects, designers, and institutional planners in fashioning over 500 successful and innovative history programs at sites like the Lower East Side Tenement Museum in New York; the Birmingham Civil Rights Institute; the National Underground Railroad Freedom Center in Cincinnati; and state heritage parks and local and regional historical societies in 33 states and the District of Columbia. His current writing project, Curating America: The Poetics of Museum Exhibition, describes the transformation over the past five decades of the historic site and exhibition gallery from a static container of relics into a dynamic and theatrical “storyscape,” through which visitors engage the evolving meanings of place, “stuff,” power, and identity in the American past. The University of North Carolina Press will publish the book.

From 2004 to 2011, Dr. Rabinowitz served as senior project historian for the New-York Historical Society, curating and writing six pathbreaking exhibitions, including Slavery in New York, New York Divided: Slavery and the Civil War, and Revolution! The Atlantic World Reborn.

A scholar of American social and religious history, Dr. Rabinowitz has taught at Harvard, Skidmore, and Scripps colleges. His book, The Spiritual Self in Everyday Life: The Transformation of Personal Religious Experience in Nineteenth-Century New England (Northeastern University Press, 1989), has been recognized as a “subtle and thoughtful analysis of what it has meant to be religious in America.”

As a Visiting Fellow at Yale’s Gilder Lehrman Center for Slavery, Resistance and Abolition, he leads its annual Public History Institute, bringing together museum professionals and scholars engaged in interpreting African American history. He has also been a visiting fellow at the United States Studies Centre at the University of Sydney, Australia.

He has won many awards in museum and exhibit planning, for film and multi-image work, and for historical scholarship. In 2012, Dr. Rabinowitz was awarded the 2012 Herbert Feis Award by the American Historical Association for his distinguished contributions to public history. He serves on the Council of the American Antiquarian Society and on the board of the Museum at Eldridge Street in New York City. He holds a BA and PhD from Harvard University.