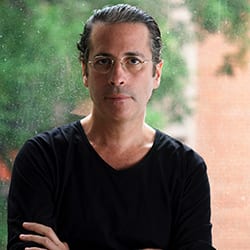 Richard Rothman is a photographer and the author of Redwood Saw, a monograph published by Nazraeli Press and listed in many “best photography books of 2011” reviews. In 2016 he was an artist-in-residence at the MacDowell Colony and Light Work in Syracuse, NY. His work is included in the permanent collections of the Museum of Modern Art, the Bibliothèque Nationale de France, The Brooklyn Museum, The Center for Creative Photography, the International Center of Photography, and Yale University Art Gallery. In 2008, he was awarded a U.S. Department of State cultural-envoy grant to work and teach in the Yucatán, where an exhibition of his photographs was mounted at the Museo MACAY, in Mérida. In 2009, he received a joint commission from the Dutch museum FOAM and the Amsterdam Municipal Archives to create and exhibit a body of photographs in the city of Amsterdam. His work has been exhibited internationally, and appeared and has been reviewed in many publications, including Time, the New York Times, The New Yorker, PDN, TimeOut New York, San Francisco Chronicle, Art Forum, The Village Voice, Camerawork, and Open City. He lives in New York City and is on the faculty of the International Center of Photography and the School of Visual Arts.