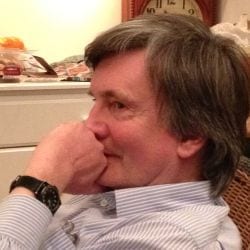 Richard Tuck is the Frank G. Thomson Professor of Government at Harvard University. Before moving to Harvard in 1995 he had taught in the History Faculty at Cambridge since 1970, and he is still an Honorary Fellow of Jesus College there. He is also a Fellow of the British Academy and an Honorary Foreign Member of the American Academy of Arts and Sciences. He is the author of a number of book on political theory and its history, including Natural Rights Theories (1979), Hobbes (1989), Philosophy and Government 1572-1651 (1993), The Rights of War and Peace: Political Thought and the International Order from Grotius to Kant (1999), Free Riding (2008) and The Sleeping Sovereign: The Invention of Modern Democracy (2016). His current project is an attempt to give a proper weight to voting in democratic theory. Oddly, much writing about the theory of democracy over the last forty years or so has been more interested in such things as deliberative assemblies, representatives chosen by lottery, strong bodies of rights restricting elected legislatures, and even rule by experts. This is despite the fact that for most ordinary citizens the vote is their primary means of having some kind of political agency, and despite the fact that voting is still in most states the means by which key decisions are made. I am interested in the question of how this change in theory came about, and how the idea of individual agency in politics can once again be given the importance it possessed for the first great theorists of modern democracy such as Rousseau and Bentham.