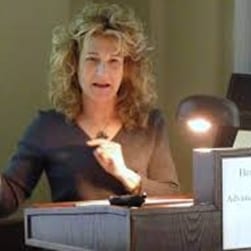 I am a medievalist, trained in Comparative Literature. My work has always been devoted to the longue durée, transitions from antiquity to the Middle Ages and beyond, and across literary traditions, whether through the history of rhetoric, the ancient and medieval language arts, translation studies, or intellectuals and learning. These are the issues I studied in my earlier books, including Rhetoric, Hermeneutics, and Translation in the Middle Ages (Cambridge, 1991), and Pedagogy, Intellectuals, and Dissent in the Later Middle Ages (Cambridge, 2001). Having started my career in English departments, I moved some sixteen years ago to take up a primary appointment in the Classical Studies department at University of Pennsylvania (later with a joint appointment in English). It was during this time, when I was establishing a new home in Classical Studies, that I feel I truly became a medievalist through intense engagements with the under-navigated texts of the medieval language arts. This research culminated in the book Medieval Grammar and Rhetoric: Language Arts and Literary Theory, AD 300-1475 (Oxford, 2009; 972 pages), which I co-authored with Professor Ineke Sluiter (Leiden, Classics). What I learned from that long history of the language arts is almost incalculable: it is the fons et origo of almost all that I have done since, and it has set me on the course for my project for the Guggenheim Fellowship, Emotions and the History of Rhetoric in the Middle Ages.

Even though emotions has become a common topic, I did not predict that I was going to write a book about emotions and rhetoric. Rather, this inquiry emerged organically—and as it seems now, inevitably—from my previous research. I was inspired to learn more about the reception of Aristotle’s Rhetoric in medieval Europe. As I probed this further I discovered how medieval readers were drawn to Aristotle’s extraordinary analytic of emotions in book 2. Aristotle’s Rhetoric offered a phenomenological perspective on emotions that was new to medieval readers accustomed to a diet of Stoic and Neoplatonist ideas about the passions. But in order to understand the impact of this new arrival on the medieval scene, I had to get a clearer picture of how earlier medieval rhetorical traditions and related discourses had treated the emotions. In this way the structure of my new book began to take shape.

I have amassed a rich dossier of the history of rhetoric, the basis on which to expand my knowledge further with every new turn in my research. My current book has taken me in directions, especially studies of the emotions across disciplines, that were new and surprising to me when I began it. But it also grows from my long engagement with premodern thinking about communication, representation, and knowledge. I hope to generate new, productive conversations about things that we always consider critical: style, ethics, politics, persuasion.