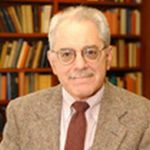 Bob Kaster was born in New York City, and educated at Dartmouth (B.A., 1969) and Harvard (M.A. 1971, Ph.D. 1975). A Latinist who has been on the faculty of the University of Chicago (1975-97) and Princeton (1997- present), he has taught and written mainly in the areas of Roman rhetoric, the history of ancient education, and Roman ethics. Beyond his edition of Suetonius’ On Teachers of Grammar and Rhetoric, which was supported by his Fellowship from the Foundation (introduction, Latin text, translation, and commentary: Oxford 1995), his books have addressed topics ranging from the social structure of Roman education in the fourth and fifth centuries CE (Guardians of Language: The Grammarian and Society in Late Antiquity: Berkeley 1988) to the cultural psychology of the Roman elite in the late Republic and early Empire (Emotion, Restraint, and Community in Ancient Rome: Oxford 2005) and have included annotated translations of Cicero (Speech on Behalf of Publius Sestius, with introduction, translation, and commentary: Oxford 2006), Seneca (Seneca: Anger, Mercy, Revenge, with Martha Nussbaum: Chicago 2010), and the Saturnalia of Macrobius (Loeb Classical Library edition, 3 volumes: Harvard 2010). His book Guardians of Language was awarded the American Philological Association’s Goodwin Award of Merit in 1991; in May 2007 he received Princeton's Behrman Award for distinguished achievement in the Humanities.