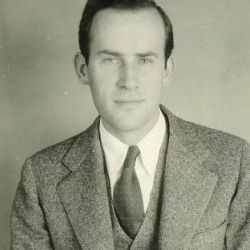 BRODE, ROBERT BIGHAM:  Appointed for research in the field of collisions of electrons with atoms, chiefly at the Cavendish Laboratory of the University of Cambridge; tenure, twelve months from July 15, 1934.