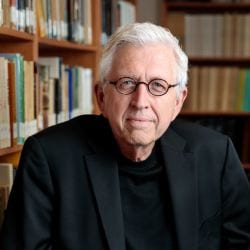 Robert B. Pippin is the Evelyn Stefansson Nef Distinguished Service Professor in the Committee on Social Thought, the Department of Philosophy, and the College at the University of Chicago. Prior to his arrival at Chicago in 1992, he was for seventeen years a member of the philosophy department at the University of California, San Diego. He is the author of several books on modern German philosophy, including Kant’s Theory of Form; Hegel’s Idealism: The Satisfactions of Self-Consciousness; Modernism as a Philosophical Problem; Hegel’s Practical Philosophy; After the Beautiful: Hegel and the Philosophy of Pictorial Modernism, a book on philosophy and literature, Henry James and Modern Moral Life; and three books on film. His last two books are The Philosophical Hitchcock: Vertigo and the Anxieties of Unknowingness, and Hegel’s Realm of Shadows: Logic as Metaphysics in The Science of Logic, both published by University of Chicago Press. He is a past winner of the Mellon Distinguished Achievement Award in the Humanities, is a fellow of the American Academy of Arts and Sciences, of the American Philosophical Society, and of the German National Academy of Sciences, Leopoldina. He has received two Alexander von Humboldt fellowships for year-long research stays in Cologne and Tübingen, was a fellow of the Wissenschaftskolleg in Berlin for a year, and a recipient of a Siemens Foundation fellowship for a year’s residence in Munich.

His visiting professorships and lectureships include the following: In 2004 he gave a four week “cours” at the Collège de France in Paris. These French lectures were subsequently published as a book by Odile Jacob as Nietzsche: moraliste français: La conception nietzschéenne d'une psychologie philosophique and were subsequently published in an expanded and revised version of this book in English, Nietzsche, Psychology, and First Philosophy. In 2007 he delivered the three Castle Lectures in Ethics, Politics, and Economics at Yale. These became the book, Hollywood Westerns and American Myth: The Importance of Howard Hawks and John Ford for Political Philosophy, published by Yale in 2010. In 2009, he was the Spinoza Lecturer at the University of Amsterdam, and these lectures were published as a book, Hegel’s Concept of Self-Consciousness, by the Dutch publisher von Gorcum in 2010 and subsequently revised for a book based on them with Princeton University Press in 2011, Hegel on Self-Consciousness: Desire and Death in Hegel’s Phenomenology of Spirit. In the spring of 2010, he gave the three Page Barbour Lectures at the University of Virginia, and these were expanded and published as the book Fatalism in American Film Noir: Some Cinematic Philosophy, which was published by the University of Virginia Press in 2012. In 2011, he delivered the three Theodor Adorno Lectures at the University of Frankfurt and those German lectures were published by Suhrkamp Press as Kunst als Philosophie: Hegel and die Philosophie der modernen Bildkunst in 2012, and subsequently published in an expanded and revised version as After the Beautiful: Hegel and the Philosophy of Pictorial Modernism with the University of Chicago Press in 2013.

Robert Pippin has been Chair of the John U. Nef Committee on Social Thought at the University of Chicago for the past twenty-five years.