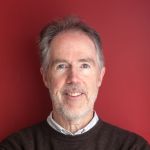 Mr. Dawson's photographs have been recognized by a Visual Artists Fellowship from the National Endowment for the Arts and a Dorothea Lange-Paul Taylor Prize from the Center for Documentary Studies at Duke University. In 1992, he served as a Panelist for the Visual Arts Fellowship in Photography for the National Endowment For the Arts in Washington, D.C. In 2013 he received grants from the Graham Foundation for Advanced Studies in Fine Arts and from the Creative Work Fund. His first book, Robert Dawson Photographs, was published by Min Gallery in Japan (1988). The Great Central Valley: California's Heartland by Robert Dawson, Steve Johnson and Gerald Haslam was published by the University of California Press (1993) and was listed as one of the best books of the year by the New York Times. Since 1994, Dawson has traveled throughout the United States photographing for the American Public Library Project. The project looks at the essential place of the public library within American culture. Princeton Architectural Press will publish the book Public Library A Photographic Essay in 2014. It will include thirteen essays with a forward by Bill Moyers and an afterword by Ann Patchett. Other books include Farewell, Promised Land: Waking From the California Dream with Gray Brechin. It was published by the University of California Press (1999) in conjunction with a large exhibit at the Oakland Museum. This exhibit traveled throughout California for six years and was sponsored by the California Council for the Humanities. Another book, A Doubtful River with Peter Goin and Mary Webb, was published by the University of Nevada Press (2000). Dawson was founder and co-director of the Water in the West Project, a large-scale collaboration with several other photographers. The project published A River Too Far: The Past and Future of the Arid West (1991) and Arid Waters: Photographs From the Water in the West Project (1992), both published by the University of Nevada Press. A large collection from the project was collected by the Center for Creative Photography in Tucson as a permanent archive. In 2010 Dawson was Photographer-in-Residence for the City of San Jose’s wastewater treatment plant. He produced a series of exhibits and a permanent installation entitled The Conscience of the City: Treating Wastewater in Silicon Valley.  Mr. Dawson's photographs have been widely exhibited and are in the permanent collection of the Museum of Modern Art in New York; the National Museum of American Art (Smithsonian Institution), Washington, D.C.; and the Museum of Modern Art in San Francisco. In 1994 The Library of Congress purchased an entire set of the Pyramid Lake Project. Mr. Dawson was born in Sacramento, California, in 1950. He received his B.A. from the University of California at Santa Cruz in 1972 and his M.A. from San Francisco State University in 1979. He has been an Instructor of Photography at San Jose State University since 1986 and an Instructor of Photography at Stanford University since 1996.