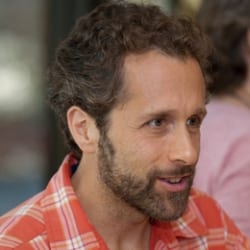 Robert Morrison is George Lincoln Skolfield, Jr. Professor of Religion at Bowdoin College. A specialist in the history of science in Islamic societies and Jewish cultures, he works at the intersection of the history of science with religious studies. He earned an A.B. in History and Science and an A.M. in History of Science from Harvard University before moving to Columbia University for an M.Phil. and Ph.D. in Middle East and Asian Languages and Cultures.

The question of ‘what is Islamic about Islamic science’ motivated Morrison’s doctoral dissertation, which became the foundation of his first book Islam and Science: The Intellectual Career of Niẓām al-Dīn al-Nīsābūrī (Routledge, 2007). Nīsābūrī’s (d. c. 1330) intellectual biography was a way to situate science within a broader context of religious scholarship in Islamic societies.

His recent book, The Light of the World: Astronomy in al-Andalus (University of California Press, 2016) studied scientific theories which were produced in Andalusia in 1400, and which traveled first to the Ottoman court and then to the University of Padua. His current book project addresses the broader question of intellectual exchange between Islamic societies and the West in the 1400s and early 1500s. The Guggenheim Fellowship will fund this research, a focused study of Jewish scholarly intermediaries between the Ottoman Empire and Renaissance Italy.