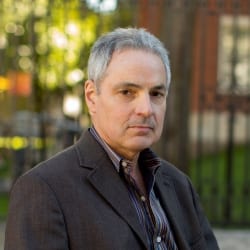 Sampson was elected to the National Academy of Sciences in 2008 and is a Fellow of the American Academy of Arts and Sciences, the American Philosophical Society, and the American Academy of Political and Social Science. In 2011, he received the Stockholm Prize in Criminology. In 2016, he was elected as Corresponding Fellow of the British Academy. Professor Sampson's research and teaching cover a variety of areas including crime and criminal justice, the life course, neighborhood effects, civic engagement, inequality, and the social structure of the city.  He is the author of three award-winning books and numerous peer-reviewed journal articles. His most recent book is Great American City: Chicago and the Enduring Neighborhood Effect (2012, University of Chicago Press). His work on the crime and the life course was featured in Crime in the Making: Pathways and Turning Points through Life (1993) and Shared Beginnings, Divergent Lives: Delinquent Boys to Age 70 (2003), published by Harvard University Press.

As a Guggenheim Fellow, Sampson will work on a book project that examines how children navigated the transition to adulthood during the transformation of crime, punishment, and inequality in America during the latter part of the 20th century until the present. Becoming Marked draws on an original long-term original study that originated in the Project on Human Development in Chicago Neighborhoods, for which Sampson served as Scientific Director.