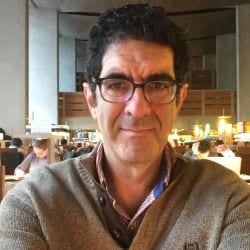 Ronald Schechter received his B.A. from the University of Michigan in 1987, his M.A. from the University of Chicago in 1988 and his Ph.D. from Harvard University in 1993. All three of his degrees are in history. He is a specialist in French history, with an emphasis on the eighteenth century. His first monograph, Obstinate Hebrews: Representations of Jews in France, 1715-1815 (Berkeley: University of California Press, 2003), won the David Pinkney Prize, for “the best book on French history by a North American scholar,” awarded by the Society for French Historical Studies and the Leo Gershoy Award, for “the most outstanding work in English on any aspect of the field of seventeenth- and eighteenth-century western European history,” presented by the American Historical Association. His second monograph, A Genealogy of Terror in Eighteenth-Century France, recently came out with the University of Chicago Press (2018). Among Professor Schechter’s other publications are a translation of the eighteenth-century German play Nathan the Wise (Boston and New York: St. Martin’s Press, 2004) and a “graphic history” (with illustrator Liz Clarke) about a Jewish boxing champion in eighteenth-century Britain: Mendoza the Jew: Boxing, Manliness and Nationalism. A Graphic History (New York and Oxford: Oxford University Press, 2014).

Professor Schechter has held fellowships at Heidelberg, Princeton and Oxford.

He has taught at William & Mary for 22 years.

He is excited and grateful to be a Guggenheim Fellow.