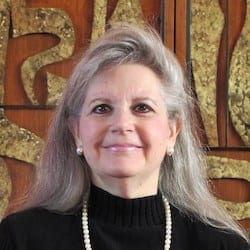 Roslyn Weiss is the Clara H. Stewardson Professor of Philosophy at Lehigh University in Bethlehem, PA. She earned her doctorate in philosophy from Columbia University in 1982 and a Master's degree in Jewish Studies from Baltimore Hebrew University in 1992. Her fields of expertise are Ancient Greek Philosophy and Medieval Jewish Philosophy. She has published four books on Plato, Socrates Dissatisfied: An Analysis of Plato’s ‘Crito’ (Oxford, 1998); Virtue in the Cave: Moral Inquiry in Plato’s ‘Meno’ (Oxford, 2001); The Socratic Paradox and Its Enemies (Chicago, 2006); and Philosophers in the ‘Republic’: Plato’s Two Paradigms (Cornell, 2012); and more than 50 scholarly articles in Greek philosophy, Jewish philosophy, ethics, and philosophy of religion. Her most recent book is the first complete translation into English of a major work of medieval Jewish Philosophy, Light of the Lord by Hasdai Crescas (Oxford, 2018). She has lectured widely in the United States and internationally. Her current project reflects her longstanding belief that justice is the least self-centered of all the virtues, one that is essentially, in all its manifestations and forms, other-directed, and born of regard, respect, and care for others.

Photo courtesy of the fellow.