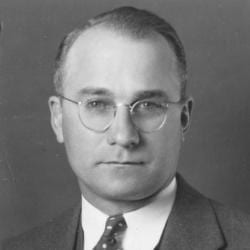 STIRTON, RUBEN ARTHUR.  Appointed for a study of fossil vertebrates in the Panamanian region of South America, as a continuation of investigations in North and Central America bearing on the dating and position of water barriers between the two continents; tenure, twelve months from August 1, 1944.