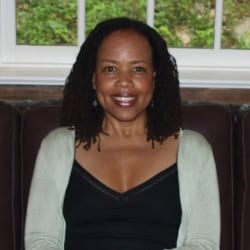 Saidiya Hartman was born and raised in New York City. She received her B.A. from Wesleyan University and her Ph.D. from Yale University. She is the author of Scenes of Subjection: Terror, Slavery, and Self-Making in Nineteenth Century America (Oxford, 1997) and Lose Your Mother: A Journey Along the Atlantic Slave Route (Farrar, Straus & Giroux, 2007). She has published articles on slavery, the archive, and the city, including “The Terrible Beauty of the Slum, ”“Venus in Two Acts” and “The Belly of the World.” She has been a Cullman Fellow at the New York Public Library, a Fulbright Scholar in Ghana, a Whitney Oates Fellow at Princeton University, and a Rockefeller Fellow at Brown University. She will spend the fellowship year completing Wayward Lives, Beautiful Experiments (forthcoming Norton), which examines the social upheaval and radical transformation of everyday life that took place in the emergent black ghetto in the early decades of the 20th century. The book tells the story of this revolution of intimate life by recreating the experience of young black women who desired an existence qualitatively different than the one that had been scripted for them.

She is a Professor in the Department of English and Comparative Literature at Columbia University.