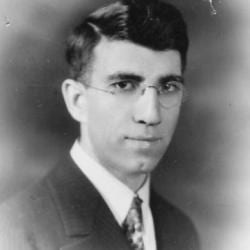 RHODES, SALOMON ALHADEF:  Appointed to make a study of the extent and nature of the pessimism inherent in the poetry and philosophy of life of the poets of the second romantic generation and their successors, in France; tenure, twelve months from August 1, 1931.