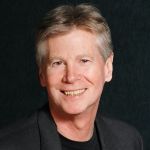 Sam Kauffmann is a professor of film at Boston University’s College of Communication where he teaches film and video production and digital editing classes. In 2006, he was a Fulbright Senior Specialist, teaching at the National University of Rwanda. Upon his return to the States he made the film Massacre at Murambi, which aired nationally on the PBS series P.O.V. In 2004, he was a Fulbright Scholar, teaching at Makerere University in Kampala, Uganda, where he made the award-winning film Living with Slim: Kids Talk About HIV/AIDS. It is used by aid and development organizations throughout Africa, Europe and North America.

His documentary and narrative films deal with social issues and have been screened at the Museum of Modern Art, on network, cable, and local television stations and exhibited and awarded at scores of film festivals, including Seattle, Hot Springs, Media That Matters, Amnesty International, San Francisco, Slamdance, and the African World Documentary Festival.