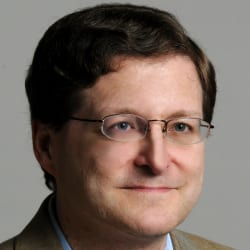 Samuel Otter is the author of Melville’s Anatomies (California, 1999), an analysis of how Melville, in his long fiction of the 1840s and 1850s, portrayed the ways in which meanings, particularly racial meanings, were abstracted from human bodies. In Philadelphia Stories (Oxford, 2010), he examined narratives about race, character, manners, violence, and freedom in a range of works produced about Philadelphia and its “free” African American communities between 1790 and 1860. These works regarded the city as a social laboratory in which possible futures for a post-slavery United States would be tested.

He currently is working on a book titled Melville’s Forms, assessing the entire career (long and short fiction, poetry, and prose/poetry experiments), in which he considers what Melville meant by, and so what 21st-century literary critics might more precisely mean by, the tiny, crucial term “form.” Revising our understanding of Melville’s career, which has served an exemplary function in the development of American literary criticism, he hopes to provide an alternative to the persistent, now resurgent, and misguided choice between “form” and “history,” “text” and “context.” He analyzes verbal form in terms of the relationships that give it definition: between parts and wholes, structure and duration, inside and outside, word and image, and prose and poetry. Rather than an alternative to such relations, literary form is located at their tense, vibrant intersection.

He teaches in the English Department at the University of California at Berkeley, where he served as department chair from 2009 to 2012. His research and teaching focus on the 19th-century United States, with a particular interest in the relationships between literature and history, the varieties of literary excess, and the ways in which close textual interpretation also can be deep and wide.

He has held a University of California President’s Research Fellowship in the Humanities, an Andrew W. Mellon Foundation Short-Term Fellowship at the Library Company of Philadelphia, and two fellowships from the Berkeley Townsend Center for the Humanities.