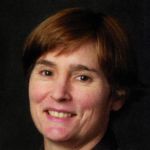 Since earning her doctorate at the Johns Hopkins University in 1983, Sara Nalle has alternated between teaching and full-time research and writing.  She specializes in the cultural, social, and religious history of Spain from 1500 to 1700.  Her first book, God in La Mancha: Religious Reform and the People of Cuenca, 1500-1650 (Johns Hopkins UP, 1992; paperback ed., 2007), which charts the impact of the reforms of the Council of Trent on local religious life in the Castilian bishopric of Cuenca, won the Roland Bainton Prize in 1993.  Her second book, Mad for God: Bartolomé Sánchez, the Secret Messiah of Cardenete (U of Virginia Press, 2001), deals with the theme of religious madness while at the same time experimenting with the way in which historians narrate the past.  In numerous articles, Sara Nalle explores aspects of messianism, domestic religious art, print culture and the market for books, and literacy.  Her current work, a book-length study of ethnicity and the family in Spain from 1500 to 1700, is being supported by her Guggenheim Fellowship.