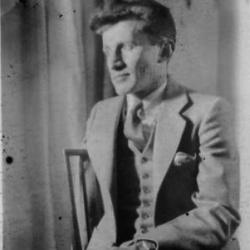 PADOVER, SAUL KUSSIEL:  Appointed for the writing of a life of Louis XVI of France as a symbol of a declining civilization; tenure, twelve months from July 20, 1936.