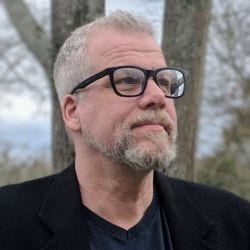 I am currently the UGA Athletics Association Professor of the Humanities at the University of Georgia. For twenty-three years before that I taught at the College of William and Mary, in Williamsburg, Virginia. I have written about a diverse collection of subjects; the thing that binds them together is an interest in the everyday lives of working people and how their choices shape and are powerfully shaped by the broader economy.

My first book, Iron Confederacies (1999), explored the birth of the first modern corporation – the Southern Railway – and its outsized influence in cementing the inequalities of the modern South. My second book, Steel Drivin’ Man (2006), explored the real life and legend of railway hero John Henry. Beginning with the song about a famous African-American folk hero, it ended with the tragedy the song described: of two hundred young, black men who died of silicosis and were buried unremembered outside the Virginia Penitentiary. The only record of their deaths was the ballad of John Henry. Published by Oxford University Press in 2006, the book won four national prizes including Merle Curti Prize for the best book in US Social and Cultural History, the National Award for Arts Writing, the Anisfield-Wolf Literary Prize for Nonfiction, and the Virginia Literary Award for Nonfiction.

My Young Adult book – co-authored with Marc Aronson – is Ain’t Nothing But a Man. It used the John Henry story to describe how historians discover things using primary research. It won the Jane Addams Prize from the Women’s International League for Peace & Freedom in 2009 and the Aesop Prize for the best book in folklore, as well as numerous other prizes. In between these projects I co-authored a social history of the American Civil War with Carol Sheriff called A People at War (2007).

I have also written many journal articles, but I have always sought to write for a broader audience. For this reason I devoted time to write thought-pieces for the Chronicle of Higher Education. One of the Chronicle pieces I wrote in October 2008 was about the similarities between the 1873 panic and the developing 2008 downturn. That article about how a mortgage meltdown could and did crash the entire economy in 1873 was picked up and republished in newspapers all over the world. Disturbingly, my dire predictions about the results of the crisis were borne out in the years that followed. The Chronicle editors told me the article received more attention than any article they have ever published.

Thus began my next project on America’s role in international financial crises. I wrote that book during fellowships at the Newberry Library in Chicago in 2009-10, and at Harvard’s Charles Warren Center in 2010-11. The product was A Nation of Deadbeats: An Uncommon History of America’s Financial Disasters. It was published by Knopf in 2012, and received favorable reviews in The Economist, The New York Times Magazine, The American Historical Review, and the Journal of American History. It was featured on NPR’s Marketplace and the BBC World Service. Business Week named it a best business book of 2012.

Some of my work has been altered and refashioned by others, and I am most grateful for this. My story about the life and death of John Henry has been turned into a play called “JH: Mechanics of A Legend,” directed by Anya Martin and performed at the August Wilson Center in Pittsburgh (2016) and also a musical called “Steel Hammer,” written by the African-American playwrights Kia Corthron, Will Power, Carl Hancock Rux, and Regina Taylor (2015-6). “Steel Hammer” was performed in New York, New Haven, Pittsburgh, and scores of other venues in those two years. Will & Carl both told me how hard they worked to turn the difficult story I wrote into musical theater. The actor Eric Berryman told me that he tried to match every detail he read in my book when he acted as John Henry on stage. When he had John Henry wheeze, call out, and then collapse from silicosis, it felt like one of the most important moments of my life.

My current work expands my earlier interest in the history of capitalism and its collapses. In the current project I expand the view to explore the Ottoman, Qing, and especially Russian empires. I was able to do significant research on this latest project as a visiting professor at Leiden University in Spring 2015. Leiden, it turned out, had inherited the entire Dutch library for the ministry of colonies (“Bibliotheek Departement Van Kolonien”). In Spring of 2018, an invitation to be a Visiting Scholar at L’École des Hautes Études en Sciences Sociales, France allowed me to draft three chapters of a forthcoming book entitled “Oceans of Grain: From the American Civil War to the Russian Revolution, Food and the Fate of Empire.”