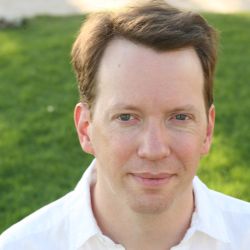 Sean Carroll is a physicist and writer. He received his Ph.D. from Harvard in 1993, and is now Research Professor of Physics at the California Institute of Technology, where his research focuses on fundamental physics and cosmology. His contributions include an alternative to Einstein’s general relativity to explain the acceleration of the universe; showing how cosmological data constrain violations of fundamental symmetries; a theory of dynamical dark energy that avoids constraints on long-range forces; and an explanation of the arrow of time in the context of a multiverse. Recently, Carroll has worked on the foundations of quantum mechanics and statistical mechanics, the emergence of spacetime, and the evolution of complexity. He has been awarded prizes and fellowships by the National Science Foundation, NASA, the Sloan Foundation, the Packard Foundation, the American Physical Society, the American Institute of Physics, and the Royal Society of London.

With broad intellectual commitments and a strong belief in public outreach, Carroll is the author of popular books The Particle at the End of the Universe and From Eternity to Here, graduate textbook Spacetime and Geometry, and three lecture courses for The Great Courses. He has written for The New York Times, Scientific American, Nature, The Wall Street Journal, and other publications. He was one of the first physics bloggers, beginning in 2004. He has been an invited speaker at conferences and activities devoted to philosophy, theology, engineering, medicine, design, paleontology, military studies, education, politics, media, film, art, and literature. Carroll has been featured on television shows such as The Colbert Report, PBS’s Nova, and Through the Wormhole with Morgan Freeman. He has also served as a science consultant for several movies and TV shows, including Bones, Fringe, Big Hero Six, and Thor.