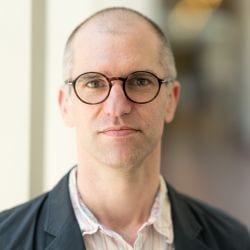 Seth Mnookin decided he wanted to be a journalist at 14, when he joined the staff of his high school paper. After graduating from college, he wrote about and reviewed music for a succession of now-defunct outlets, including Addicted to Noise and The New York Press, and later went on to work as a staff writer for a number of publications, including The Palm Beach Post, The Forward, Brill's Content, Inside.com, and Newsweek. From 2004 to 2017, he was a contributing editor at Vanity Fair, where he wrote about the American media presence in Iraq, profiled Stephen Colbert, and examined accusations of plagiarism against Dan Brown.

He is the author of three books. Hard News: The Scandals at The New York Times and Their Meaning for American Media (Random House, 2004), a Washington Post Best Book of the Year, examined plagiarism, fabrication, and leadership scandals at the Times in the months after 9/11. Feeding the Monster: How Money, Smarts, and Nerve Took a Team to the Top (Simon & Schuster, 2006), which debuted at number seven on The New York Times non-fiction bestseller list, chronicled the Boston Red Sox’s first World Series win in 86 years. His most recent book, The Panic Virus: The True Story of the Vaccine-Autism Controversy (Simon & Schuster, 2011), won the National Association of Science Writers “Science in Society” Award and was a finalist for the Los Angeles Times book prize.

Since 2011, Seth has been at MIT, where he is the Director of the Graduate Program in Science Writing and a Professor of Comparative Media Studies/Writing. His 2014 New Yorker piece about a child diagnosed with a newly discovered rare genetic disease won the American Medical Writers Association prize for best story of the year and was included in the 2015 Best American Science and Nature Writing anthology. He is an elected board member of the National Association of Science Writers, a regular contributor to the Undark podcast, and his essays and reporting have appeared in Science, The Boston Globe, STAT, Smithsonian, New York, Wired, The New York Times, The Washington Post, Spin, Slate, Salon.com, and many other publications.