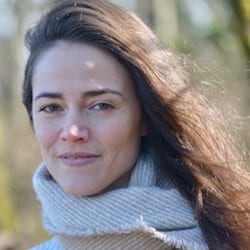 Shaylih Muehlmann is a Canada Research Chair and Associate Professor of Anthropology at the University of British Columbia. Her research has focused on environmental conflict, drug trafficking and indigenous language politics in Mexico and the United States. Dr. Muehlmann's scholarship is characterized by its close ethnographic analysis of contemporary social issues. Her first book, Where the River Ends (2013), examines how a group of Cucapá people have experienced a transnational water conflict at the end of the Colorado River in northern Mexico. Her second book, When I Wear My Alligator Boots (2014), analyzes the effects of “the war on drugs” on the rural underclasses of the US-Mexico border region.  Her current research is about women in Mexico who have become activists against drug war policies and are searching for the disappeared in the context of the war on drugs. In 2016, Dr. Muehlmann was inducted into the Royal Society of Canada.